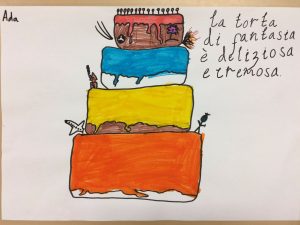 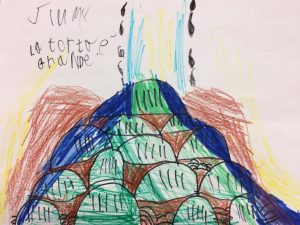 For students in years three to six, term three’s specific language focus on the use of masculine/feminine and singular/plural has enhanced their ability to use Italian in a more effective and accurate way, preparing them for term four’s learning, where they will  learn to express likes/dislikes and preferences and ‘order’ gelato and other foods in structured interactions and role plays. Students will learn to recognise the difference between formal and informal forms of address and to use the varying forms of address (signora/signorina/signore) in interactions with varied members of the community, thus enhancing their intercultural understandings.The students in the five/six neighbourhood will order gelato at a local gelateria,  giving them the opportunity to engage with members of the Italian speaking community in an authentic use of the target language. 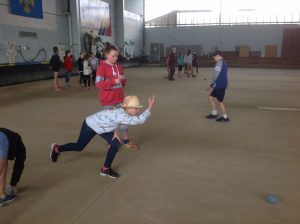 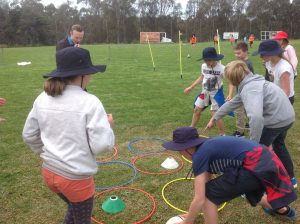 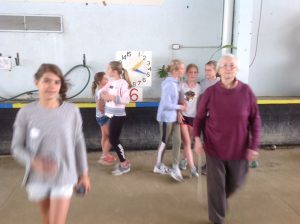 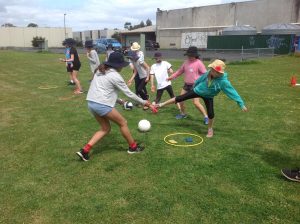 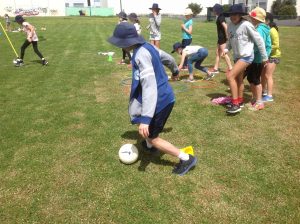 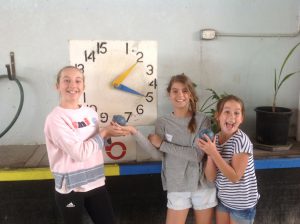 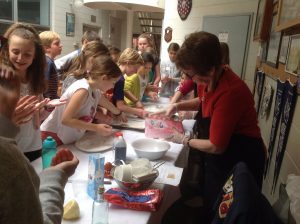 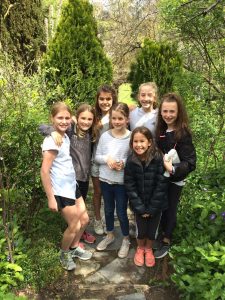 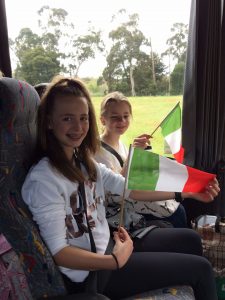 On the 12th and 13th October twenty-seven year 5 students attended the two day Inner North Esperienza Italiana, with their peers from the other participating schools – Brunswick North, Merri Creek and Spensley St Primary Schools. The students participated in urban and rural experiences, including visiting the Furlan Club in Thornbury, where they played bocce and tombola, made biscotti, took part in a soccer clinic and enjoyed a delicious two course lunch of pasta and gelato. That afternoon they enjoyed a highly entertaining comedy show at Spensley St PS, danced, viewed the Roberto Benigni film, Pinocchio and enjoyed a pizza dinner. Day two consisted of a rural experience, where students visited sites of historical significance-Lavandula and Cricket Willow, established by the Tinetti family of Swiss-Italian origin. It was a joy to share this experience with the students who wholeheartedly embraced the opportunity to explore Italian language and culture with like-minded students from other neighbouring schools.

This term the coro members are excitedly preparing for their performance at the Abruzzo Club on Wednesday, 15th November. We will be practising the songs: Il coccodrillo come fa?, That’s amore, Volare, Ciao, Sara` perche` ti amo, Mona Lisa and Ehi Cumpari. Students will also attend a half day workshop at Brunswick North PS on the same day to rehearse with the musicians with whom they will be performing that evening. This year our ranks have swelled and we are very excited to have a choir of approximately 50 Princes Hill and 100 Brunswick North students!