Daisy and Nicole were selected to represent the school at the Children’a Parliament this week. Here is a little of what they got up to.

On the 15th of August 2017, we went to the parliament house we spent the day in the city. We arrived at 9:00am and sat down in the representative house and listened to other students from other schools try to persuade us to agree or disagree with the topic “Zoos are a thing of the past and animals should be rehoused in their natural habitat”. 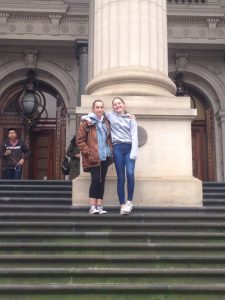 When the other schools finished two ladies shared their thoughts. The first, Jenny Gray was the CEO of the Zoos Victoria. Jenny disagreed with the topic as she thought that zoos are good and help other animals. The second speakerwas named Carole de Fraga, the Director of four Paws Australia, but Carole agreed with the topic she thought that Zoos are being cruel to other animals. 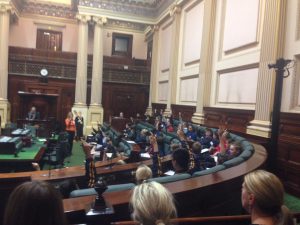 After morning tea we went back to the representative house and got split up into groups and taken to rooms to write a speech about “Zoos are a thing of the past and animals should be rehoused in their natural habitat”. We went to rooms with our groups and spent 40 minutes to write, afterwards picking a speaker and a note taker. Once we finished we headed back to the representative house to say our speech, after all the schools finished talking the speaker said “now if anyone would like to say something you can say it now in the soapbox”, the soapbox went on for about 30 minutes.

It was a really interesting day and we learnt a lot about how to have a good debate. The Parliament Building was huge and had very comfortable seats!