Here’s our long overdue, but well worth the wait, post about our excursion.

We arrived just after 9.30 and filled up Cinema 1. We learnt about the origins of film and what the moving image consists of. Shawn Tan explained a little about his character development through a video documentary that we watched about The Lost Thing. We watched some videos from Little Big Shots and Screen IT, which got us really excited about this years competition, around the theme ‘time’.

After that, we went our separate ways in smaller groups and checked out a few different places.

In Term 2 we went to ACMI. We travelled there on 2 buses. When we got to ACMI, we went into a cinema and watched videos that other kids had made. My favourite part was going to Screen world, I watched the opening of Play School from the 80s. There were also half domes suspended from the roof that had screens inside them. When they showed the videos that the kids had made, we saw that they had worked hard to make a video which was an example of them at their best.
We tried to go to the State Library but the exhibition we had tried to go to turned out to be closed. We then went to the Old Melbourne Gaol where Ned Kelly had been held.
Finally, we went and got back on the bus and came back to school.
I learnt about some of the oldest movies, and the first people to make cameras.
-Swanee 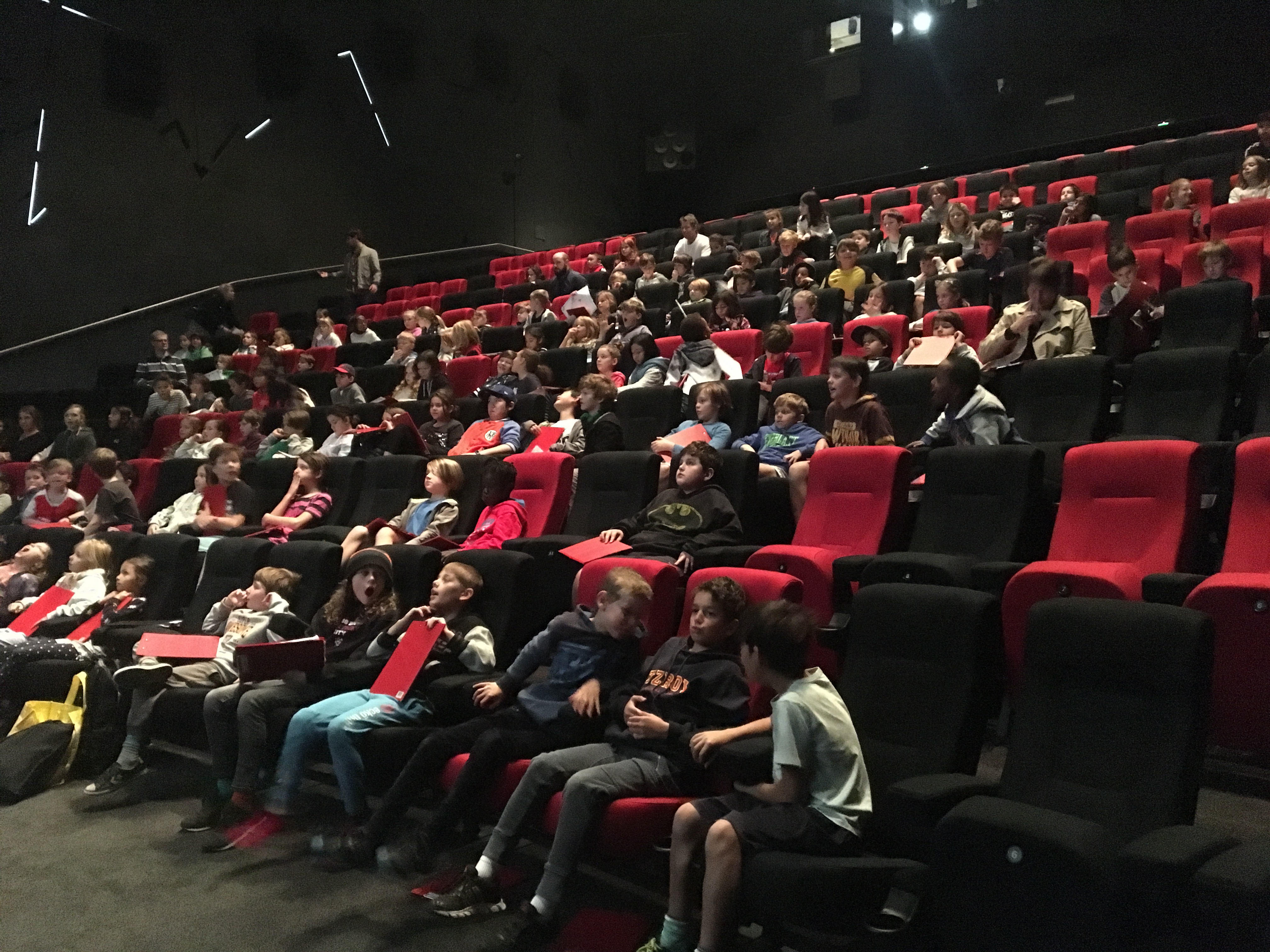 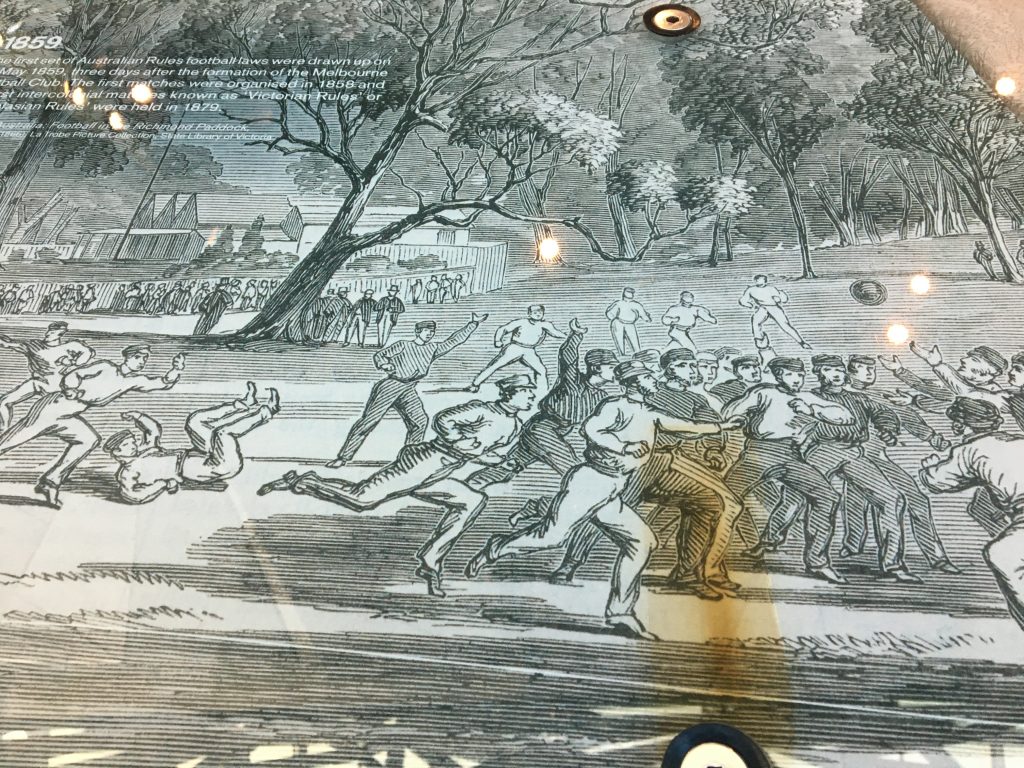 Screen Worlds…an exhibition that uses up more than half of Melbourne’s power supply I am more than sure. We learnt that the Australian Centre for the Moving Image is Australia’s national museum of film, TV, video games, digital culture and art. ACMI attracts over one million visitors annually, it has a range of exhibitions including Screen Worlds, which is about the best of moving images in Australia. We enjoyed looking at a variety of technologies and games that contributed to the development of our digital culture.

Last term in the 3\4s we went to ACMI because we wanted to find about how to make good movies.
My favourite place was the cinema because we got to watch the videos that the people made and I love the red chairs, they were really comfortable.
When we left ACMI, we went to the Old Melbourne Gaol. There I learnt some history about the Old Melbourne Gaol it was very interesting.
We left to go to Screen Worlds after that. I played Minecraft and pong it was really fun.
– Aria 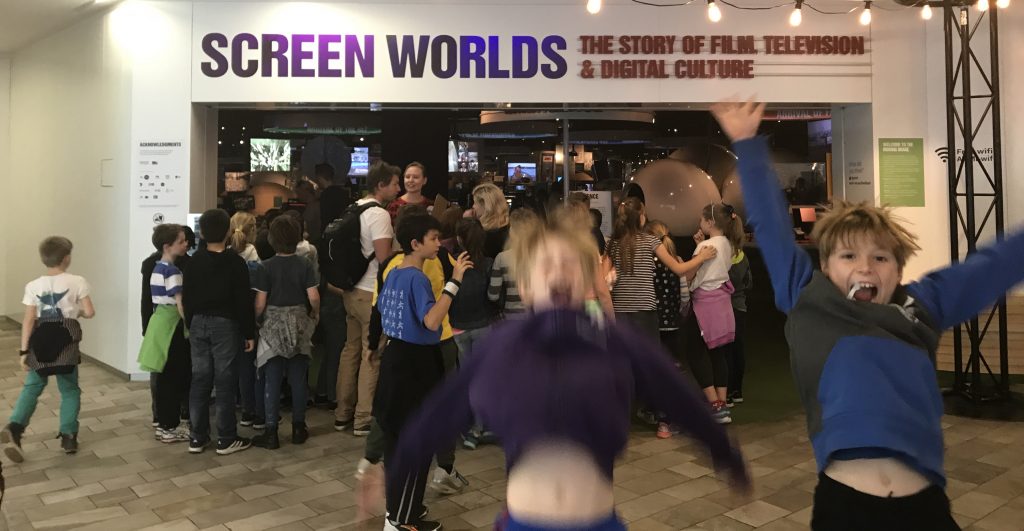 In Term 1 the year 3/4s went to ACMI so we went on the bus, it took about 20-30 minutes to arrive at Federation square.
After we arrived, we went into the cinema and we watched some movies that high school student had made. We gave some feedback and the people on the stage told us some websites that we can use for filming and making games.
Next we went to Screen world and everyone played a game that was old or new Games. One of the games was the first Mario, Minecraft which is fairly new, and my favourite game was Star Wars: Battlefront.
Then we went to the Old Melbourne Gaol and I laid down on the ground with Abdul watching the clouds and what shapes or object or animals we could find with the clouds. Then Robert told us some information about the Old Melbourne Gaol and it was interesting.
We learnt about some movies that other people made and how movies looked like back in the past like 1970s or 1980s.
– Josh

We got super up close and personal looking at the artefacts from the Kulin nation and other Koorie peoples. This prompted many questions about resources and connection to local animals.

On Monday last term we went to ACMI and first we went into a cinema.
When were in the cinema, we watched a video about Shaun Tan. After that, we watched another video which was a kid’s animation about bad parents. When we left ACMI, we went to the Old Melbourne Gaol, there we played quoits. We learned about a famous Victorian, Ned Kelly.
Before leaving, we went to Screen world and learned about the history of games. The connection with Us at our best is that so many people have been committed making games the best they can be.
I learned about animation and it was funny when Rufus got signatures from random people.
– Vincent

Last term we went to ACMI to look at Us at our best we found a heap of good stuff about it.
First, we got an introduction and watched a few videos from the ScreenIT competition that kids had made.
After that, we went to the State Library but we could not go in so we went to the Melbourne Gaol and played Quoits and talked about Ned Kelly.
Finally, we went back to ACMI and went to Screen world and played Pong and Space Invaders.
On the excursion, we were at our best together by learning together outside school.
My favourite place was Screen world, it was really fun and we (Me and Sienna) played Pong together it was really fun!!!
– Harriet

On the breaks and on the way home, Steve had a few quick moments to chat with students about the highlights of the trip.